Lining Up to Vote

Well, Election Day has finally arrived! What a relief!!

No more campaigning, no more lies, no more sleeze and smear, no more pandering, and no more ‘gotcha’ journalism. (‘Course, in my opinion, if you get ‘got’ by the journalists who are clearly playing the game you signed up for, then who’s fault is it?)

Election day on the farm is like election day everywhere else. It starts out pretty normal, with a morning stretch, a little breakfast, and a few laps around the barnyard. But then the last minute preparation begins. Time to get in line, go to the polls, and cast our vote.

You may recall that here in Irish Grove we’ve got some pretty civic-minded animals. They were very active in the primaries. And even though some of their candidates didn’t make it through that process, they’ve pretty much thrown their weight behind one side or the other.

Of course, Lucero was always a McCain supporter. As he makes his way to the polls, let’s see what he has to say about this historic election. 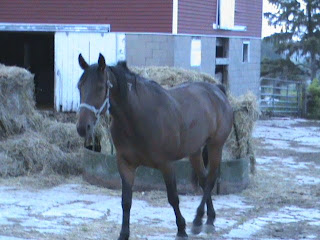 “Well, as you know, I’m a (racetrack) veteran, and we veterans stick together. The hard work and sacrifice that comes with defending the (winner’s) flag bonds us in ways unimaginable to you petty civilians. Like John McCain and I say, “Farm first.” Plus, Obama wants to redistribute our wealth. Ain’t no cow gonna eat my hay.”

Chip and Oreo, on the other hoof, support Obama. And they are getting ready to vote as we speak. I wonder what their thoughts are this morning. 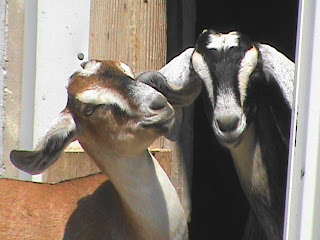 “Todaaay is a day for the history books, and we are so proud to be among millions of goats voting for O-baaa-ma today. We want to improve the pastures for all faa-arm animals, not just for ourselves. And once in awhile, you know, you just go-otta eat a few bitter burdock leaves or bite into that thorny raspberry cane. It’s painful, but necessary. We must keep the graaass healthy for everyone. Short term saa-acrifices for long term gains.”

The other animals are getting in line to vote as well. Although your guess is as good as mine as to who they’ll support. 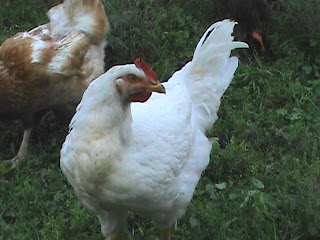 The chickens had supported Huckabee, but he went the way of the possum. Flat as a pancake in the middle of the election super-highway. Think they’ll support the Republicans anyways?

Of course, the cows wanted Hillary to win. She was going to shatter the glass barnroof that has enslaved the female bovine world and reduced them to little more than calf-makers. 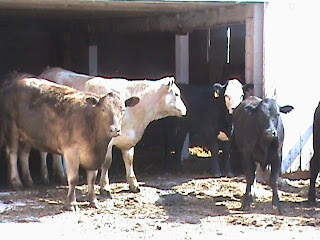 They’re obviously still a little peeved that she isn’t the Democratic nominee.

But will they switch parties? I mean, could they find something in common with Sarah Palin, who doesn’t want their daughters to know the real reason the bull is being so nice to them? Then again, there is that glass barnroof thing. Hmmn.

Unfortunately, Irish Grove isn’t immune to the election-stealing tactics so common these days.

I’m ashamed to say it, but I noticed some illegal voter registration a few months ago. The goats were hosting a get-out-the-vote rally, and they added every single farm animal to the registration rolls. 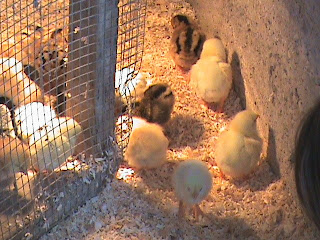 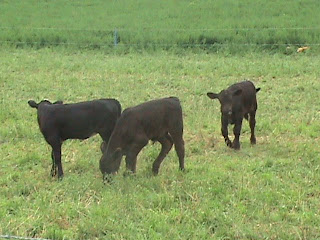 Um, I’m sorry, but don’t those voters look a little young? Quick, someone call the media!

And then there was the familiar, yet despicable voter intimidation that rears its ugly head every 4 years. Seeing as the farm animals can’t read, some of us took to a more time-honored, old-fashioned way: 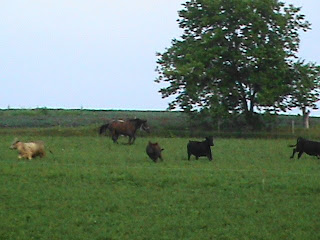 Shudder. You don’t want to know the rest of that sentence. Trust me.

Oh, and I forgot one thing. Don’t forget the hispanic vote this year. 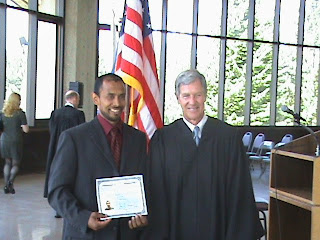 That’s right. Our own wonderful farmer, Marcel, is off to vote this year for the first time ever!!

Yes, good and bad, Irish Grove is like a little cross-section of America. And off we go to the polls. With pride, dignity and hope. To vote in the new leadership of our great country. May God help us all.